Open Letter to OKC Leaders and the Thunder Organization

Unfortunately our city experienced an event the night of May 21st that nobody wants to happen.  We had a shooting in the Bricktown area of Oklahoma City.  If the world were perfect, this would not happen anywhere, but our city is not immune from bad judgment and violence.  Another unfortunate aspect to this event was that it happened right after what should have been a joyous occasion in our city; the OKC Thunder winning in round 2 in the NBA playoffs.  Thousands of fans gathered in what has become known as “Thunder Alley” to be a part of the excitement and festivities for a team that the fans adore.  National media saw and reported on both events.

Our leadership has now decided to eliminate the broadcast of the game in Thunder Alley due to safety issues, crowd size, and inability to control the situation.  This saddens me, angers me, and gives me pause to reflect on what I’ve always been proud of in our city.   May I share why I believe this is the wrong decision?
·         The shooting did NOT occur in Thunder Alley.  It may not have any connection whatsoever to the area or the game.

Please reconsider your decision.  Don’t punish the very people who have supported our leaders and our NBA organization.  There are measures that can be taken (and truthfully should already be in place) to keep this from being difficult.  We realize it may require a little more money in the budget, but again, shouldn’t this already be in place?  Surely large crowds were an expectation with the draw of an NBA team.  Certainly there will be a parade and celebration if we win the Conference finals or go on to win the NBA Championship?  That crowd will be immensely larger and more excited.

I would be remiss if I didn’t offer suggestions.  I’m quite certain you’ve thought of these, but as a citizen, I have spoken with many others who are willing to make concessions to be a part of this exciting time in our history.
I truly do appreciate your concerns for the safety of our fans, but this has now become an issue much larger than that.  You have had the foresight to make this city into something special.  You have had the foresight to stand against terrorism.  Whether it is at the hands of a group, an individual, or in one shooting incident, violence of any sort is terrorism when it used to diminish the quality of life or restrict the freedom of other persons.  Please don't allow fears to override the need for strength in this situation.  Once again, let's RISE TOGETHER and let our voices be heard.

Respectively,
Angie Milligan,
Proud fan of MY city, Oklahoma City,  and the Oklahoma City Thunder
Posted by Sunshine at 1:47 PM
Email ThisBlogThis!Share to TwitterShare to FacebookShare to Pinterest 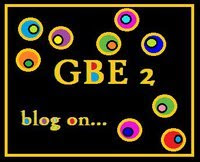